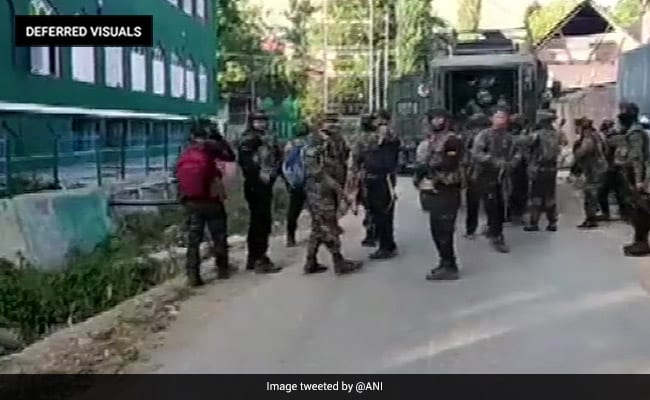 The cordon was maintained all through the night time and within the early hours of Friday. (ANI)

A terrorist has been killed at this time in an encounter with safety forces in Pulwama district of Jammu and Kashmir, police stated. Information company ANI launched a 21-second video of the encounter website in Chewa Ular space of Tral within the south Kashmir district during which smoke will be seen rising close to a constructing within the space amid alternate of fireplace between safety forces and terrorists.

The safety forces had launched the anti-terror operation on Thursday. The search operation changed into an encounter after the terrorists opened hearth on the search celebration, who retaliated.

The cordon was maintained all through the night time and within the early hours of Friday, one terrorist was killed, the official stated.

The id and group affiliation of the terrorist is being ascertained.

On June 25, two terrorists have been neutralised in an encounter between safety forces and terrorists in Sopore.

With inputs from companies