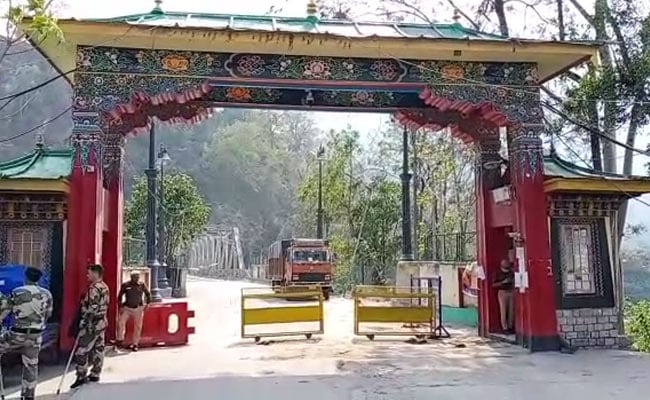 Heavy rains for the previous one week have triggered a collection of landslides snapping street hyperlinks at a number of locations between Gangtok and North Sikkim bordering China, and inflicting main injury to a dam of the NHPC within the East District, officers stated on Saturday.

Autos going from Gangtok to Mangan are being diverted through Dzongu-Sankalang Street as a consequence of a street blockade at Namok Khola, officers stated, including that restoration work was underway.

A large landslide prompted extreme injury to a dam of the NHPC Teesta Stage-V venture web site at Apdara in East Sikkim, they stated.

“The Teesta-V Energy Station (3×170 MW) is a run of the river scheme with diurnal storage to harness the hydro-power potential of the Teesta river for peaking throughout the lean season,” based on the NHPC.

Landslides have reduce off Lum and Lingtyang villages in North Sikkim’s Decrease Dzongu, round 70 km from Gangtok, from the remainder of the state, officers added.

Incessant rain has additionally led to slips and slides all alongside the North Sikkim Freeway, snapping street hyperlinks at a number of locations.

Street communications in a number of routes equivalent to Mangan-Gangtok, Dikchu-Gangtok and Dikchu-Singtam have been disrupted as a consequence of landslides, officers stated, including the Mangan-Gangtok street has been blocked at Phamtam close to Phensong and Ambithang close to Mangan.

Equally, rocks and boulders have stopped motion of automobiles at a number of locations equivalent to Namok Khola, Tintek Khola and ninth Mile on Mangan-Singtam street.

The Dikchu-Gangtok street through Pangthang has been blocked at Sokpay for the previous one week as individuals are taking an alternate route through Samdong-Ipsing.