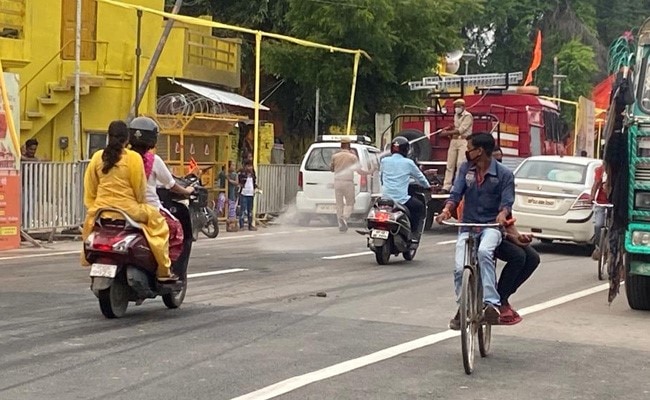 On the eve of the muse stone laying ceremony for the development of the Ram temple in Ayodhya, the Pune rural police on Tuesday issued an order warning motion in opposition to folks circulating inflammatory, deceptive and objectionable content material on social media.

Within the order, sub-divisional police officer (SDPO) of Baramati, Narayan Shirgaonkar said that residents ought to chorus from circulating messages that might create confusion amongst folks and trigger a legislation and order scenario. Persons are instructed to not flow into inflammatory and false content material on social media platforms and messaging purposes, which may create rift between communities, the order states.

The order has been issued underneath part 68 of the Maharashtra Police Act and motion will likely be taken in opposition to group directors and members of messaging apps and social media platforms if they’re discovered circulating objectionable content material, the SDPO’s order stated.

Group directors on messaging apps have been requested to alter the settings to ‘admin solely’ to stop different members from sharing objectionable content material, Mr Shirgaonkar stated. All sub-divisional cops within the district have been requested to problem such orders in view of the basis stone laying ceremony at Ayodhya tomorrow, stated Sandip Patil, senior police officer in Pune.