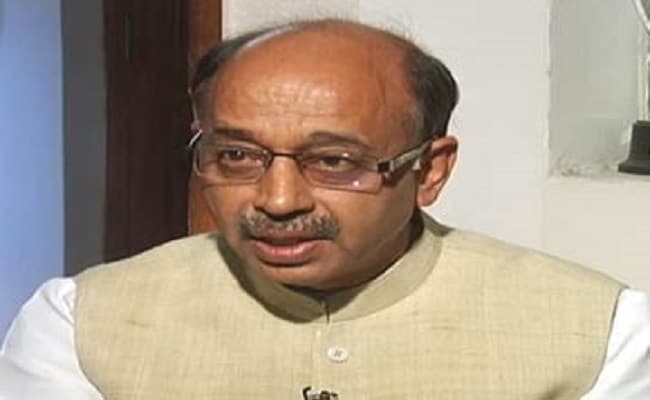 A day earlier than the groundbreaking ceremony for the Ram Temple in Ayodhya, former Union minister and BJP chief Vijay Goel on Tuesday demanded that the Babar Street in Bengali market be renamed as 5, August Marg.

“Babar was an invader who attacked Hindustan and demolished Ram Temple in Ayodhya. The prime minister goes to carry out groundbreaking ceremony for a grand temple in Ayodhya tomorrow (Wednesday). At such a time, it is going to be an applicable transfer to rename Babar Street as 5, August Marg,” Mr Goel mentioned in a press convention.

He, nonetheless, mentioned that the central authorities or NDMC could rename the street after any outstanding and galvanizing persona.

Mr Goel, who has an workplace on Babar Street, posed for cameras with a signboard within the background which had the title “Babar Street” crossed out and changed by the proposed 5, August Marg.

“There is no such thing as a politics in altering the title of the street. In 2015, Aurangzeb Street was modified to APJ Abdul Kalam Marg and in 2016 Race Course Street was renamed as Lok Kalyan Marg, so there should not be any downside in altering Babar Street’s title additionally. That is on public demand,” Mr Goel mentioned.

“Immune To Ache These Days,” Kapil Sibal Jokes With Decide In...